"A beautifully decorated venue...
You won't have seen anything like it before."

"Good communication is just as stimulating as black coffee, and just as hard to sleep after." 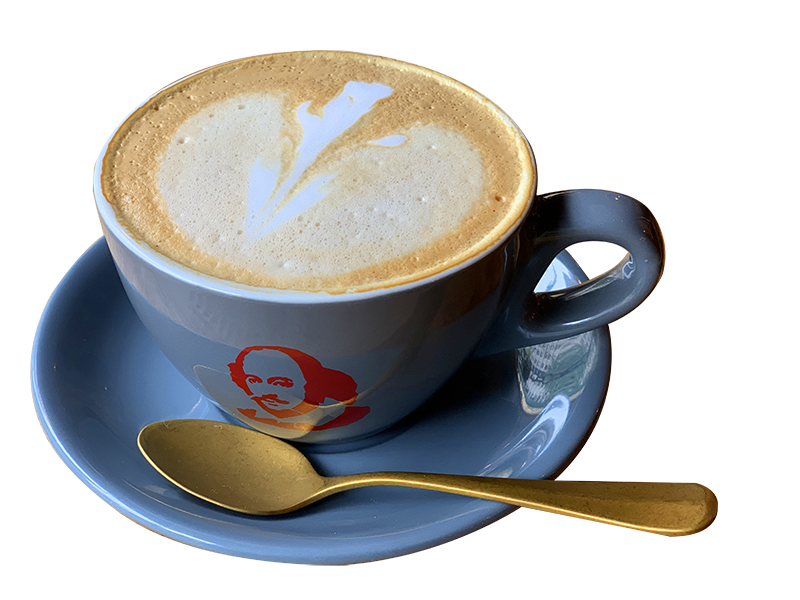 "Totally unique and charming... might just rocketed to the top spot for a date in Leicester."

Welcome to Merchant of Venice

We believe that Leicester deserves to enjoy the aromatic, gourmet flavours of authentic Italian coffee, ice cream, pastries, salads and more… So prepare to step onto the stage of the city's most imaginative new coffee adventure at 173-175 Granby Street, Leicester, LE1 6FE.

It's for the cognoscenti.
It's for everyone who appreciates that barista is an Italian word!

THE MERCHANTS OF VENICE & COFFEE: A LOVE STORY

The history of coffee in Europe began in Venice. In fact, historical documents reveal that the ambassador in Constantinople, Gianfrancesco Morosini, was the first European to mention the word 'coffee', in a report to the senate of Venice in 1585.

Credit for this was given to the Venetian merchants. They followed the sea routes that linked the far east with Venice and Naples, bringing the first bags of coffee into Venice.

Some ancient papers dated from the early 1600s testify that coffee was initially very expensive and considered a valuable medicine (prepared as infusion with powder of roasted coffee beans).

Towards the end of the century, the infusion of coffee became so popular and required by the people, and the senate issued an order for they were procured and imported larger quantities of coffee for the City of Venice.

Then a momentous event happened in 1683: the first-ever 'coffee shop' opened in Piazza San Marco. It began an unstoppable phenomenon with dozens of coffee shops soon opening. These were both commercial and meeting places for intellectuals, academics, politicians, students, artists and ordinary people. Interiors resembled comfortable living rooms with large coffee tables.

As Antonio Lamberti describes in 1802: "The Café had become the house of people of all classes, of all ages, of all social conditions. The rooms were modest, unadorned, no glass windows, badly lit by a flickering light and uncertain. But like in a breath of elegance and pleasure, wearing charming clothes, the glad crowd inside the dark rooms was divided into little noisy groups where hard gossip and rampant backbiting flourished."

Centuries later, the entire world understands the pleasure of spending relaxed time in their own favourite coffee shop.

And we hope The Merchant of Venice will soon be yours, too.

One of my favorite things is to have a three-hour conversation over coffee with someone.

Coffee and smoking are the last great addictions.

If the coffee can taste so good with nothing else in it, then that's a good cup of coffee.

MERCHANT OF VENICE in the Media